"The original description reads as follows: "Branchlets angular, soon becoming terete, apparently quite glabrous; axillary spines erecto-patent, about 2 lines long on the specimen seen.   Leaves rhomboid-lanceolate, 1 1/2 to 2 1/2 in. long, 5 to 11 lines broad, deeply emarginate and the margins crenulate for 2/3 the way down; primary nerves rather numerous and very oblique, the intermediate ones and reticulate veins rather prominent.   Petioles light colored, 2 to 3 in. long, very narrowly winged.   (No flowers collected.)   Fruit axillary on a stout peduncle, 1 1/2 lines long, globose, about 3/4 in. diam., oil glands concave, crowded, rind thin, cells 6.   This species seems to be nearly allied to C. Medica, var. aruensis, Warbg., Engl., in Bot. Jahrb., 1891, page 340."

The small globular fruits, the elongate-elliptical, crenulate leaves, and the narrowly subcrenulate-margined, very short petioles separate this New Guinea species very clearly from the other species of Microcitrus.   This is the only species of the genus outside of Australia, and it occurs nearly a thousand miles away from M. garrowayi, the Australian species of Microcitrus growing nearest to New Guinea.

The fruits are small, globose, with six segments. Bailey's description, however, says nothing concerning the character of the pulp-vesicles, if any! The petioles differ from those of the other species of Microcitrus in having a very narrowly crenulate margin or wing.   The veins are numerous, making only a small angle (35° to 50°) with the midrib, and soon branch, forming a reticulation of veinlets not unlike those of M. garrowayi, although the latter species has smaller leaves with fewer veins.   The ultimate twigs, especially the short lateral branchlets, are remarkably slender, the smallest lateral twigs being 1 to 1.5 mm or even only 0.5 to 0.8 mm in diameter." 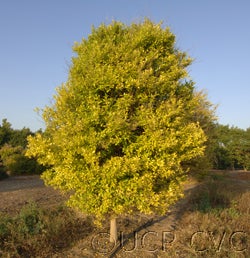 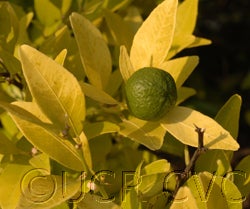 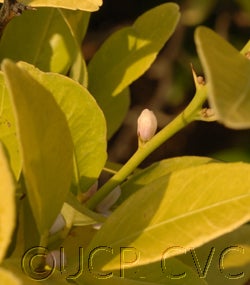