Probably propagated as budwood from another source in the Citrus Variety Collection, date unknown.

"As the name indicates, this is a willow-leafed form of ornamental.  The tree is moderately dwarfed, of highly symmetrical round-topped form, with dense compact foliage consisting of small, narrow, sharp-pointed, yellowish-green leaves.  The fruits are small, round to pyriform, yellowish-orange and with only juiceless flesh. 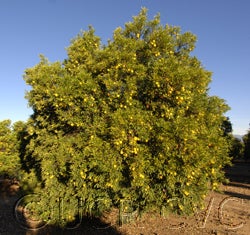 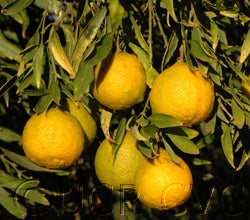 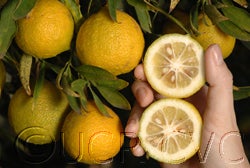