Parents unknown. Collected in Jimmi River Valley, New Guinea Highlands at an altitude of 1,100 to 2,500 feet.

This accession had psorosis which was eliminated by thermotherapy (Thrmo 1404-29)--EMN 1986.

2/22/1988, EMN: This is probably pure pummelo. Most fruit are on the ground now but we have had some awesome winds. Large, round to slightly pyriform fruit with medium yellow, slightly rough rind. Rind is thick; seedy, small pithy core. Flesh light yellow, juicy, good flavor for a pummelo, slightly tart. Should compare with Chandler & Reinking earlier in the season. This accession may have promise.

11/13/1989, EMN: Nice flavor this early in season, but rind is a bit too thick, flesh is ricey and not attractive, seeds too numerous; probably not promising. 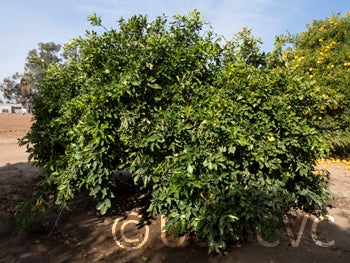 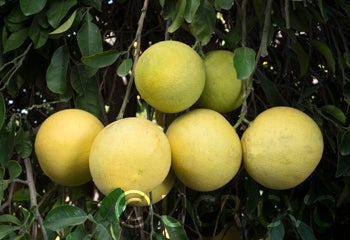 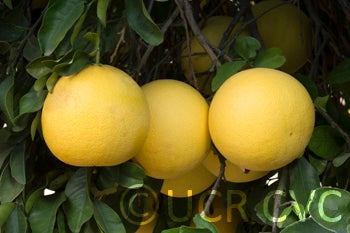 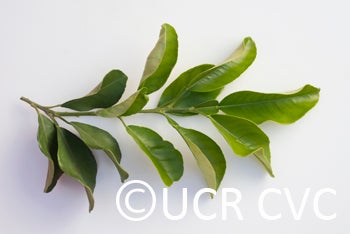 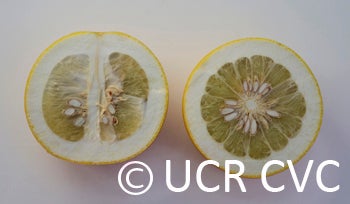