EMN, 1/20/1989: First light crop on trees planted in spring 1988. Looks OK on Cleo & Nagami/Carrizo sandwich so far. Fruit is much like Meiwa but about half the size, and a lighter crop.

This description was evidently drawn from a very small plant, perhaps an artificially dwarfed one, such as are commonly grown in Japan.   The very small leaves with axillary spines, and the fruits "the size of a cherry" strongly indicate that Thunberg was describing the round kumquat and not the oval kumquat (F. margarita).   His plate of this plant published in 1800 shows a flowering twig with small leaves and well-developed axillary spines. 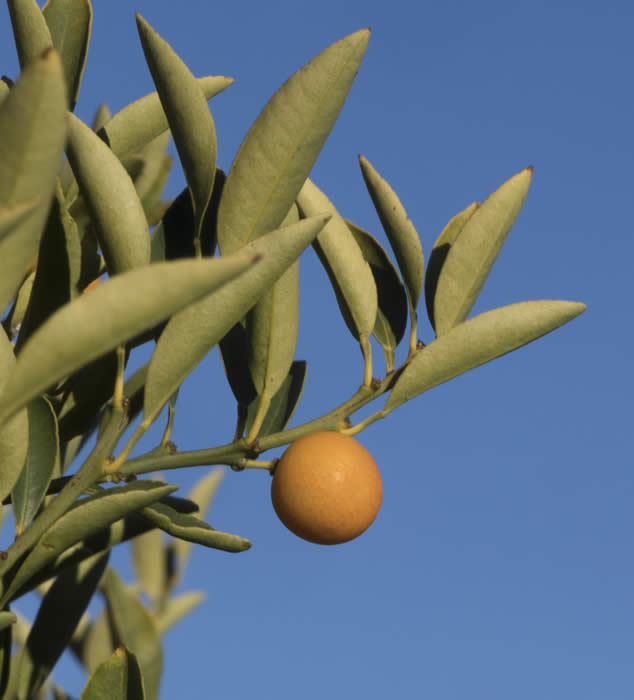 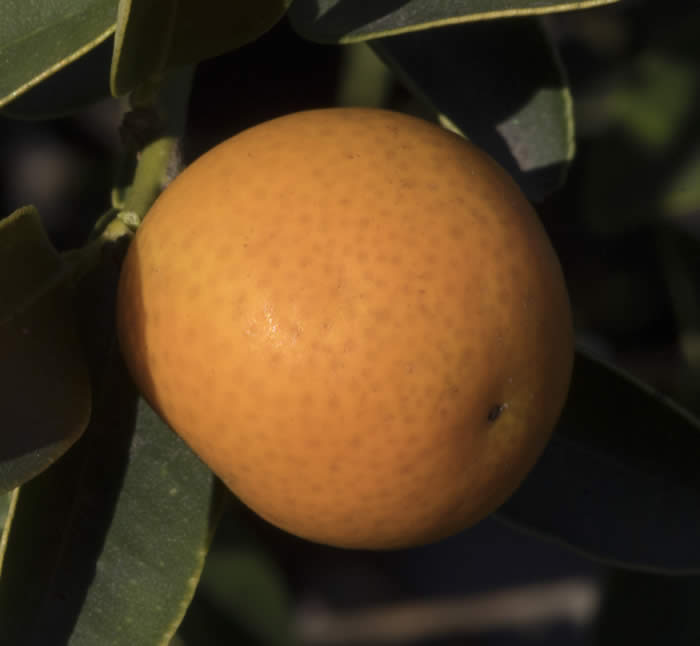 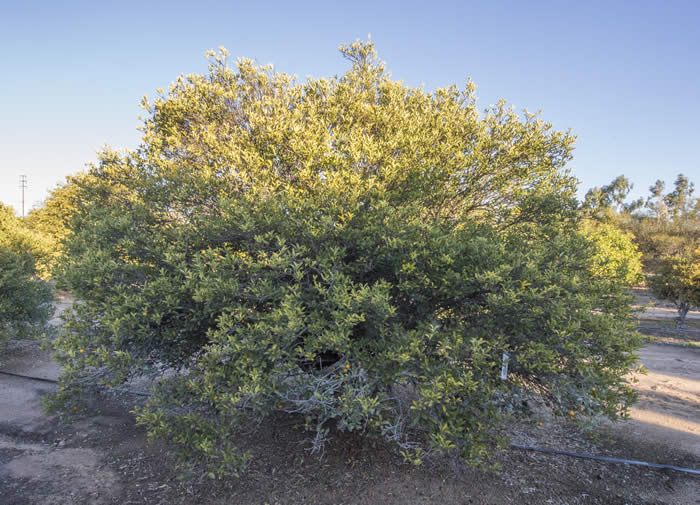 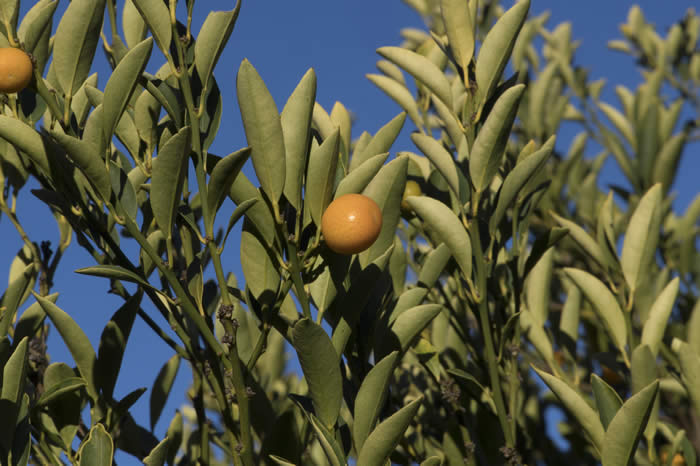 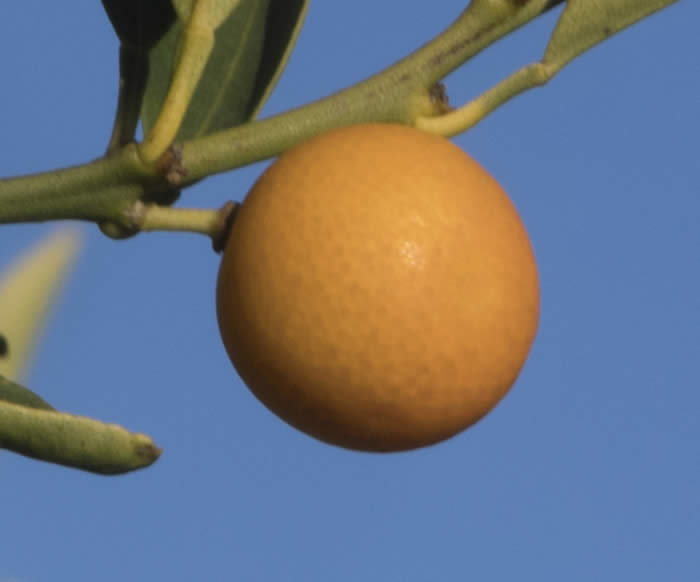 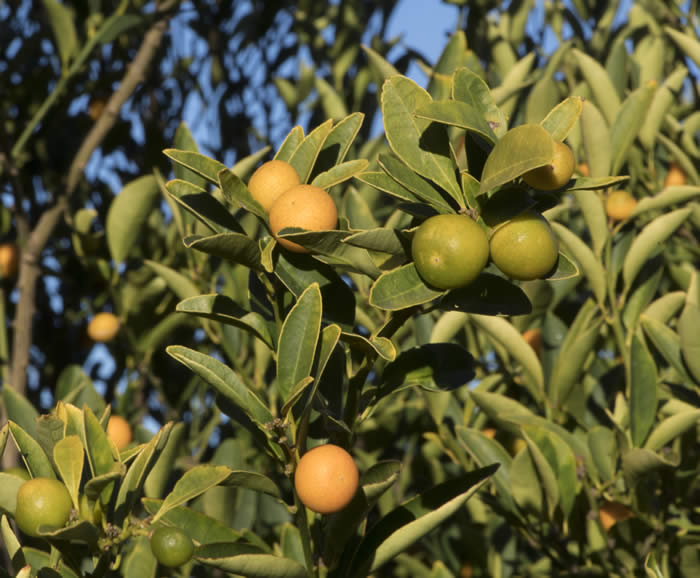 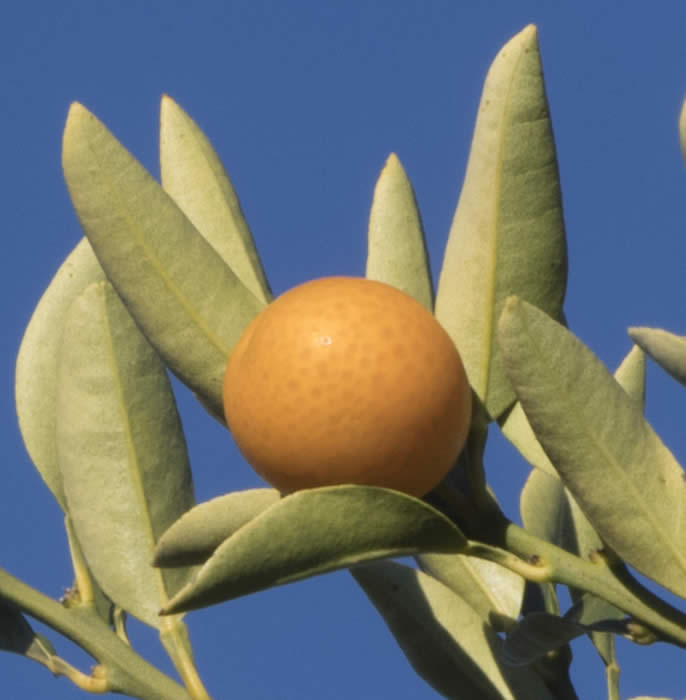 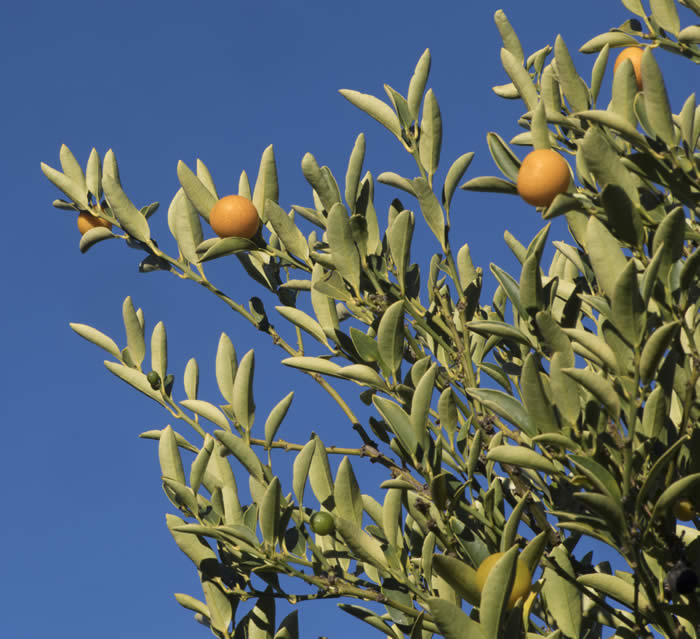 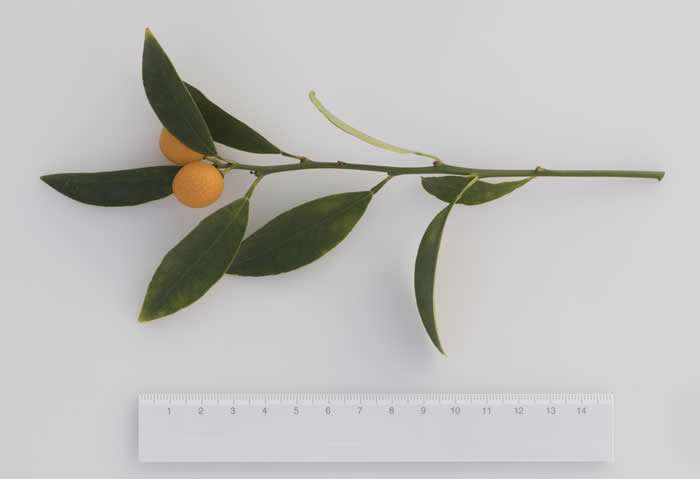 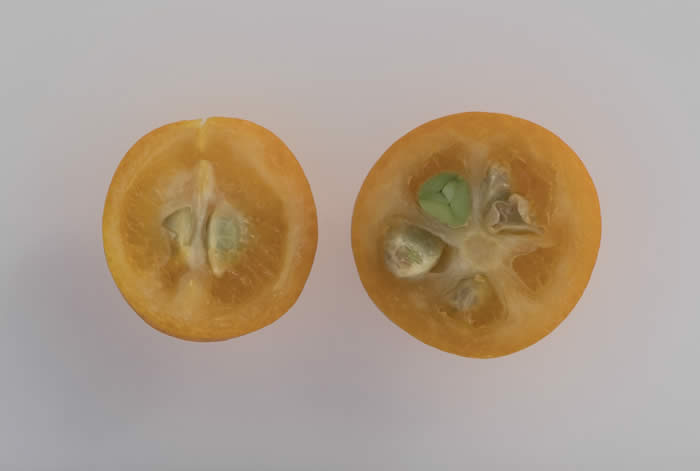