This is probably M. paniculata var. Ovatifoliolata. It is similar to Florida Mock orange and differs from old Murraya (exotica?) on station.

This species is very widely distributed and doubtless extremely old.   However, it has evolved at a very slow rate, as is shown by the small morphologic differences that distinguish it from var. ovatifoliolata (noted below), which has been separated from the other forms of the species for many millions of years ever since Australia lost all land connections in the Eocene period.   The wood of this species—particularly that of the roots—is much valued by the Malays for making kris handles, Burkill (1935, vol. 2, p. 1507) noted that the trunks split unless carefully seasoned and that few pieces are larger than 8 inches (20 cm) in diameter.

The orange jessamine is a handsome greenhouse ornamental that blooms profusely.   It has large white fragrant flowers that are succeeded by small red fruits .   In warm subtropical climates it thrives out of doors.   It grows vigorously and can be propagated easily from cuttings.   Citrus cannot as a rule be grafted on it, although one strain of lemon (an unidentified seedling) made a good growth on it in the greenhouses of the former Bureau of Plant Industry at Washington, D.C.   There are many varieties and strains of M. paniculata in the Old World; possibly some of them would support Citrus better than the strain now grown in the United States, probably originally introduced from India. 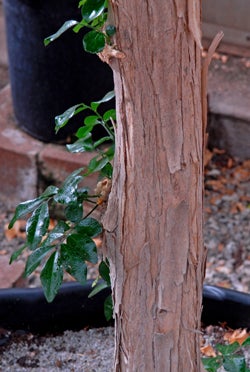 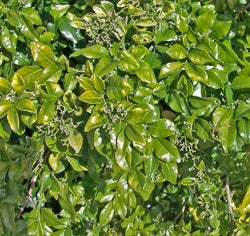 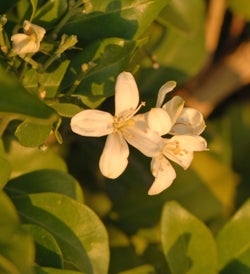 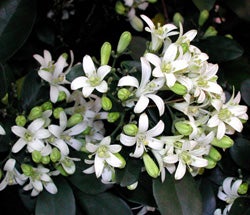 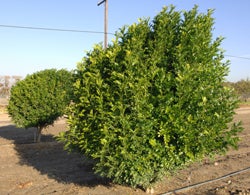 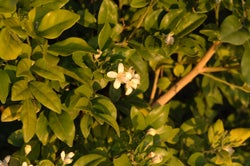 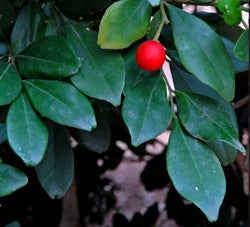 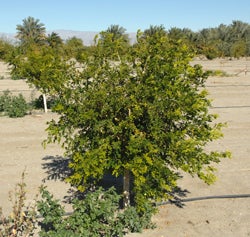