Burmann’s original description of C. excavata (l.c.) covers the stamens, in translation, as follows: "Staminal filaments 8, subulate, shorter than the corolla, the inferior part dilated and thickened, hollowed out (‘excavata') within."

Guillaumin (1911, p. 661) described the stamens, in translation, as follows: "Stamens 8, one-third or a half shorter than the petals; filaments awl-shaped above, then suddenly dilated, concave and papillose at the base with a hump at the upper part; anthers oval, apiculate."    He also figured the stamens (1911, p. 664, fig. 70 [9-10]), showing the lower expanded and papillose part of the filament to be strongly curved outward and the upper slender, smooth portion to be even more strongly curved outward, almost into a semicircle.

The gynoecium of this species, as studied from serial microtome sections, shows the following structure: pistil 3.2-4.2 mm long; gynophore very strongly developed, completely glabrous, hourglass-shaped, usually with a basal annulus 1-1.2 mm diam., then contracted to 0.7-0.8- mm diam., then expanded into a more or less cupulate top, 1-1.2 mm diam., embracing the base of the ovary, with edges often showing small oil glands; ovary cylindrical or conoid, usually strongly hirsute, 1-5 mm long, 1-1.2 mm wide, often with a few small oil glands where the style is attached; style cylindrical, not narrowed at point of attachment, but merging into the top of the ovary, glabrous, 1-1.2 mm long, 0.5-0.8 mm wide, stigma very short, flat-topped, only slightly wider than the style.

This species is the type of the genus Clausena and has the widest distribution of any species, ranging through the East Indian Archipelago to southeastern Asia.   As would be expected from its very wide range, the species has undergone many variations, until the forms from Sumatra and Taiwan do not at first sight seem to belong together in a single species.   However, the pistil of this species is distinctive, and is much the same in all these forms and very different from that of the other species of the genus Clausena.   It has a rather full, smooth, hourglass-shaped gynophore supporting the more or less strongly hirsute ovary.   The ovary tapers gradually into the thick style, which shows no constriction at its base as do the styles of many other species." 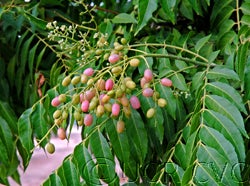 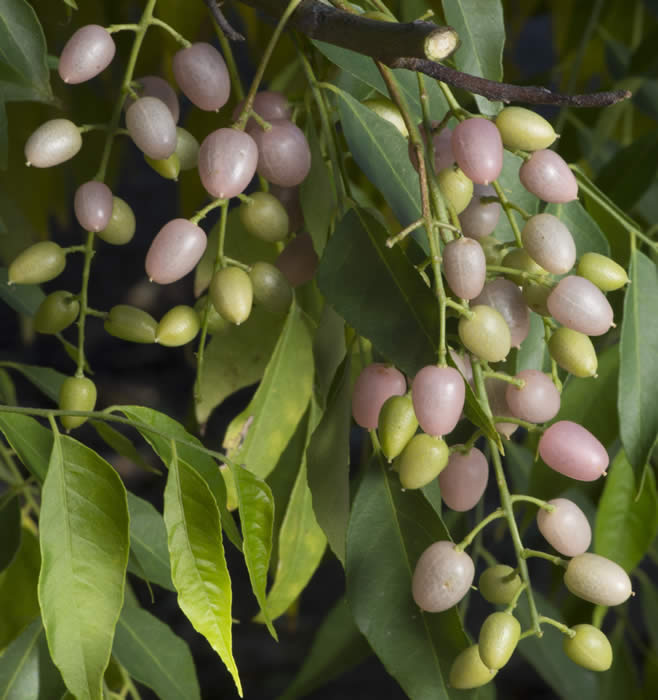 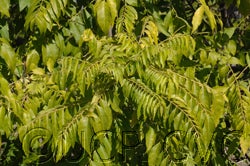 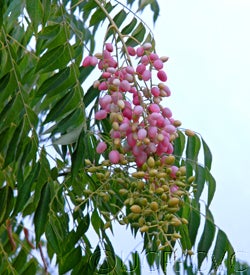