12/04/1987, EMN: An attractive variegation- several shades of green & yellowish green; no white foliage as in other variegated lemons. Variegation is almost entirely in the foliage; fruits show little, and mature fruit could masquerade as an ordinary market lemon.

Tree medium in vigor and size, spreading and open in growth habit, virtually thornless; sparsely foliated (in comparison with Lisbonand others); strongly everbearing and produces fruit at the ends of long branches ; precocious; productive. Tree lacking vigor compared with most other varieties; more sensitive to cold, insect infestation, and neglect; shorter-lived.

The Eureka variety originated in Los Angeles, California, in a group of seedlings grown from fruit of Italian origin—the seed of which is said to have been planted in 1858. Several years later Andrew Boyle and C. R. Workman acquired some of these seedlings and eventually they selected several that appeared to be promising. About 1877, Workman provided Thomas A. Garey, a prominent Los Angeles nurseryman, with budwood from one of these seedlings and he propagated and introduced it under the name of Garey's Eureka (Butterfield, 1963). Because of its precocity, thornlessness, and everbearing nature, it soon rivaled the Lisbonvariety. Both have remained the principal varieties in California and have achieved the status of major lemon varieties of the world. Eurekaranks as a major variety in most important lemon-growing countries except Italy, Spain, and a few other Mediterranean areas. Russo (1955), as a result of a study of varieties in California, recently expressed the opinion that Eureka has its ancestry in the Lunario variety of Italy. 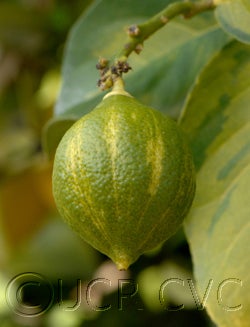 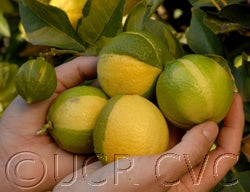 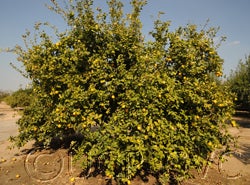 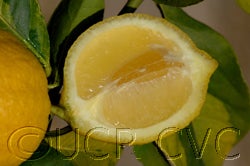 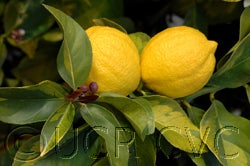