Received as budwood from from University of California, Los Angeles, in 1951.

Bergamot is thought to be a hybrid of sour orange and citron or lemon. Bergamot has been known in the Mediterranean for several centuries and described as early as 1708.

The season of maturity is late winter.

1986, EMN: This is true Bergamot. This accession had exocortis which was removed by shoot tip grafting.

OJB: The tree is small to medium at maturity, thornless, and somewhat spreading in habit. The fruit is medium in size and variable in shape with obovoid most commonly occurring form. The yellow rind has a slightly rough texture and a distinctive rind oil. This oil is used commercially to flavor Earl Grey tea and as a component in perfumes, with Italy producing the majority of the world's supply. The fruits contain few seeds and are monoembryonic in nature. The flesh is pale yellow, acidic, and has a moderate juice content. There are several named clones of Bergamot grown in Italy, namely, Castagnaro, Fantastico, and Femminello.

"While the distinctive fruit of the bergamot (bergamotto of Italy, bergamote of France) is sometimes referred to as an orange, its resemblances to the oranges are so remote or lacking that it seems best to employ the European usage.  Both the origin of the name and its significance are obscure.  It appears to be a hybrid of the sour orange, however, for which reason it has commonly been regarded as a botanical variety of C. aurantium L.  Since the differences are numerous and marked and a wide degree of variation is exhibited, separate species standing seems to be justified.

The tree is moderately vigorous, upright to spreading in habit, virtually thornless, and with new shoot growth not pink- or purple-tinted.  At full maturity it is medium-small to medium in size.  The leaves are large and somewhat like the lemon in color, form, and emargination, although the blades are sharper-pointed and the petioles are longer and more broadly winged.

The flower buds and flowers are medium-large and pure white and there is but one bloom.  The lemon-yellow-colored fruits are small to medium-large, oblate, round obovate or broadly pyriform, frequently possess a small navel, and usually have a persistent style.  The rind is medium-thin with a smooth to moderately rough surface, commonly ridged, and adherent.  The segments are numerous and the core solid.  The flesh is moderately firm, pale greenish-yellow, and highly acid with a faint bitter aftertaste.  The highly monoembryonic seeds, comparatively few and sometimes none, often are not well developed.  The cotyledons are white or faintly green.

A distinctive characteristic of both foliage and fruits is the strongly pungent and agreeably aromatic oil, which is similar to that of the sour orange leaf, though the rind oil of the latter is different.

The bergamot has been known in the Mediterranean for several centuries, the distinctive and desirable characteristics of its oil having been recognized as early as 1750.  Two kinds were described by Volckamer (1708-14, p. 155) and five by Risso and Poiteau (1818-22).  Presumably it originated as a seedling in southern Italy.  While there is general agreement that the sour orange has one parent, the other parent is a matter of conjecture.  It has usually been assumed that it was the lemon, but Chapot (1962b) has presented rather convincing evidence in support of the conclusion that some kind of acid lime was the other parent.  In this connection, it may be of interest to note that the distinctive aroma of bergamot oil occurs also in the limettas (C. limetta Risso) of the Mediterranean basin, which are sometimes incorrectly referred to as bergamots.

For reasons that are not clear, the commercial culture of this fruit, which is grown primarily for the rind oil, is virtually confined to the province of Calabria in southern Italy, where the most recent statistics indicate a total planting of approximately 7,500 acres.  While the tree grows and bears well in Sicily and in portions of North Africa and elsewhere, reportedly the oil is highly variable, inferior in quality, and therefore unprofitable.

Bergamot oil is commercially important because it constitutes the base of cologne water (eau de cologne), perhaps the most widely used toilet water, and also has other perfumery uses.  According to Chapot (1962b), this cologne water was developed in Cologne in 1676 by an Italian emigrant, Paolo Feminis, and commercialized by his son-in-law, Gian Maria Farina.  Its manufacture dates back to 1709.  Bergamot petit grain oil is another product, of minor importance, distilled from the leaves and young growth.  An important byproduct of the highly acid juice in the oil extraction process is citrate of lime or citric acid."

"Bergamot growers get a whiff of success", Richardson, B., BBC News 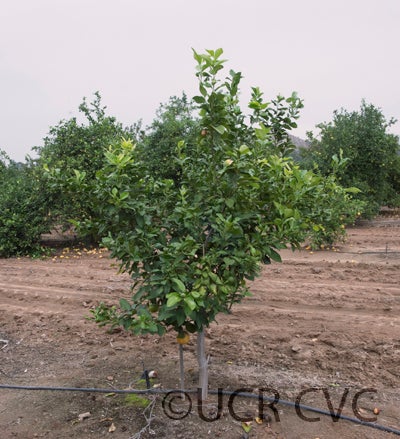 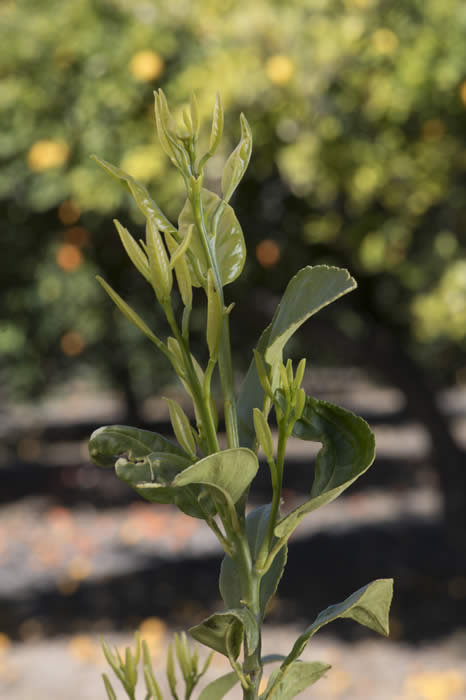 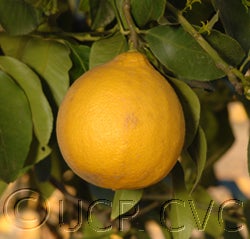 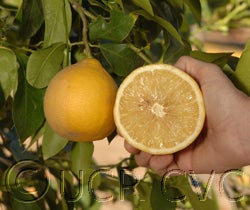 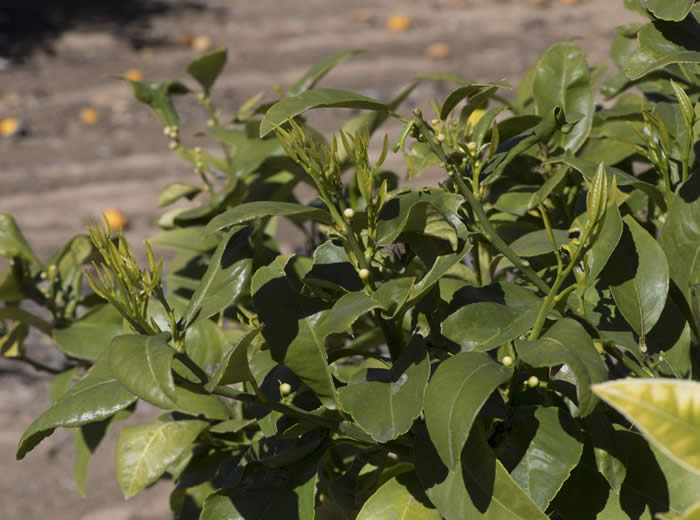 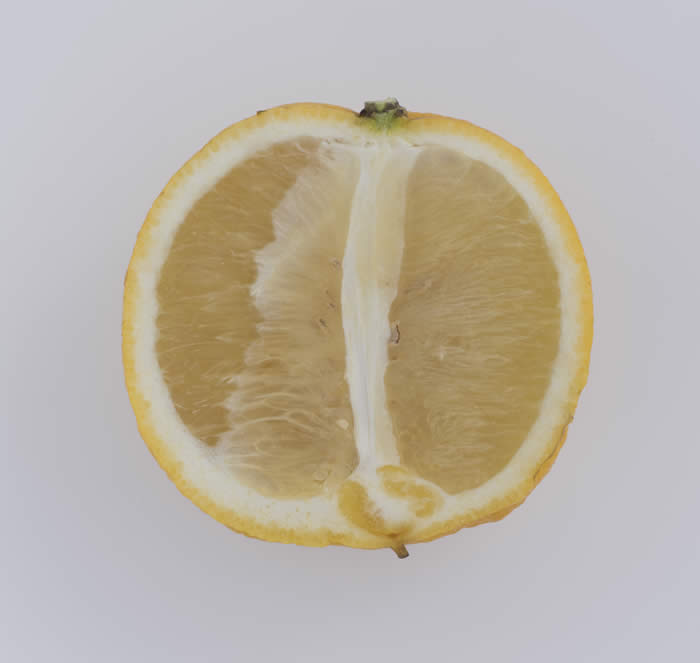 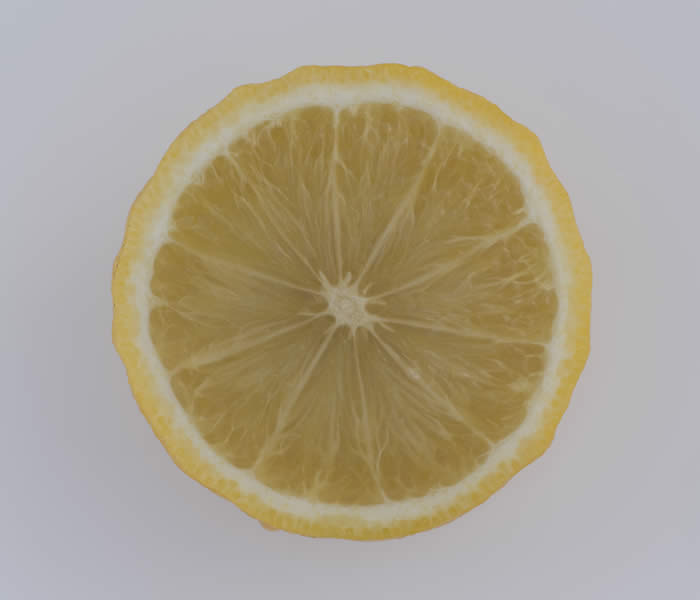