Hesperethusa has a wide range from West Pakistan to Burma, southwestern China on to southern Indo-China (Cambodia).   In West Pakistan and India, it occurs commonly in the sub-Himalayan tract from Ravi River (Long. 75° 30' E.) eastward, ascending to 4,000 feet [1,220 m] altitude.

This species is a small tree reaching a height of 25 to 30 feet (7.6 to 9.14 m); it grows commonly on dry hills or in dry jungles.   It was said by Haines (1921, vol. 2, p. 163) to be "subdeciduous at the time of flowering."   The wood is largely used in Bihar and Orissa, India, for cart axles.   Several authors have stated that the spines are sometimes paired and that the leaves often have four pairs of leaflets.   The inflorescences often bear from one to several foliage leaves at the base, and leaf spurs (Kurztrieben), with very short internodes, are often borne in the axils of the leaves of older twigs.   The petioles of the leaves on such Kurztrieben are often more narrowly winged than the rachis segments of the same leaves and are sometimes almost wingless.   The fruits are said by many authors to be very acid, but Haines (1921, vol. 2, p. 163) reported them to be "intensely bitter (not acid)."  Guillaumin (1911, p. 660) spoke of the seeds being "immersed in a mucilage," but no one seems to have realized up to now that the locules of the fruit contain rudimentary pulp-vesicles.   Hesperethusa crenulata produces a hard, close-grained, light yellow wood in India, and its leaves, fruits, and roots are used in making medicine in that country.   According to Watt (1890, vol. 4, p. 642) the fruit is exported from India "to the Arabian coasts, where it is used as a condiment with fish, meat, etc., being powdered along with the spices commonly used in cooking."

Hesperethusa crenulata is promising as an ornamental because of its beautiful, feathery, green foliage.   Grafts of it on Citrus were still growing in the greenhouses of the Agricultural Research Service at Washington after 20 years, although the union of the stock and scion was somewhat swollen.   It can also be grafted on Swinglea glutinosa (the Philippine tabog), which belongs to the subtribe Balsamocitrinae." 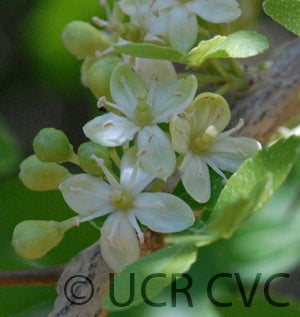 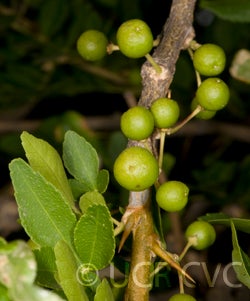 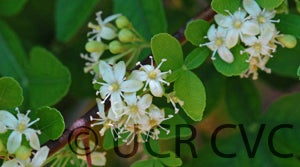 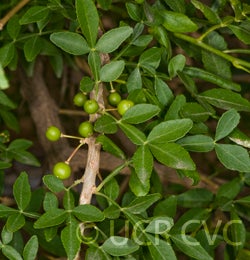 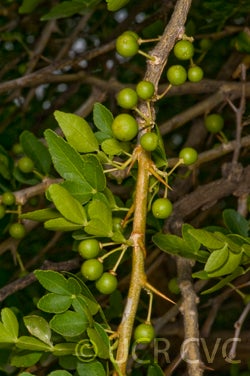 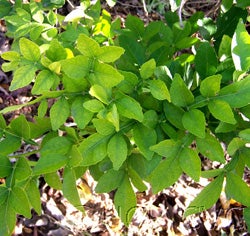