These plants were all in the lathhouse when I arrived in 1946; in very small pots and in very poor condition. I planted the lot in the nursery in Fd. 21, R-43, about the spring of 1947. Buds from these original introduced sources for Carrizo, Minneola, Orlando, etc.-- WPB. Letter from W.C. Cooper 7/59: In a recent conversation with E. Mortensen, Horticulturist, I.C.A., San Salvador, El Salvador, formerly Supt. of Substation 19, Carrizo Springs, Texas, he described to Dr. Gardner and me the origin of the Carrizo and Uvalde citranges. Carrizo- "The Carrizo citrange was sent to me by Swingle in 1930 under CPB No. 450198-B. He sent me about 200 seeds, which I used for budding. Some 6 years later he came and saw them himself. In the meantime I was propagating the fruit and using it in rootstock work and getting good results. He said it was not one that had taken hold anywhere else, but should have a name since it was being used. He returned to Washington and gave it a name officially. It originated from the same cross as the Troyer citrange."

"Carrizo is indistinguishable from Troyer and of the same parentage.  Savage and Gardner (1965) have recently presented convincing evidence that Carrizo and Troyer are in fact a single clone which originated as the zygotic seedling (CPB 4-5019) from a cross of Washington navel and trifoliate orange made by the senior author in 1909 under the direction of W. T. Swingle of the U.S. Department of Agriculture instead of two sister seedlings as had been assumed (Mortensen, 1954).

In 1923, Swingle had 200 seedlings of this then unnamed clone sent to the Winter Haven substation (No. 19) near Carrizo Springs, Texas.  In 1938, he suggested it be named Carrizo, either forgetting that he had already given it the name Troyer in 1934, which seems unlikely, or because he failed to recognize its identity, which seems surprising.

Bitters reports that its field performance has differed somewhat from Troyer, which is difficult to understand in light of the conclusions set forth above."

E. M. Savage and F. E. Gardner. "THE ORIGIN AND HISTORY OF TROYER AND CARRIZO CITRANGES". The Citrus Industry. February 1965. 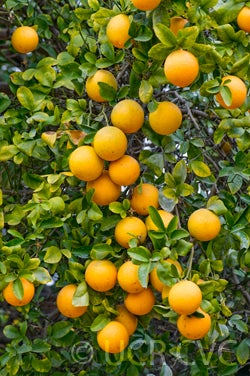 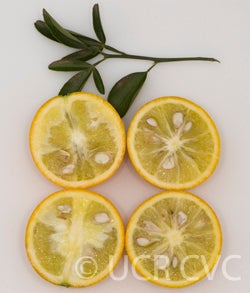 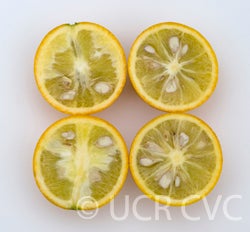 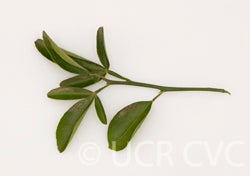 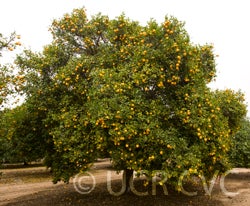