Tree vigorous, large, spreading, and drooping; leaves long, narrow, somewhat rumpled, and of paler color than most.  Distinctive in appearance.

Under its California name, this variety soon became important as a midseason variety, maturing between the superior Washington navel and Valencia oranges.  With the expansion of the California industry into areas of different periods of maturity, overlapping production of these two varieties resulted.  As a consequence, Mediterranean Sweet rapidly lost favor and was replaced.  In the meantime, it was introduced into South Africa where it still retains some importance as a midseason variety, although it is no longer planted.

Two clones are recognized in California which differ only in fruit form, one being prevailingly round and the other oblong to oval." 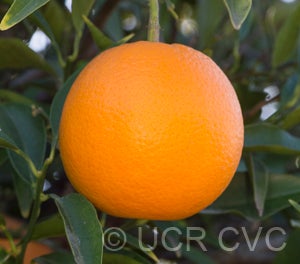 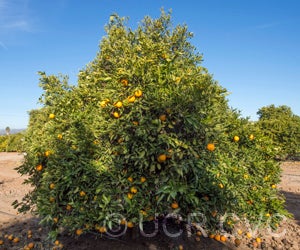