Received in 1937 from an unknown source.

Otaheite is usually referred to as the Otaheite orange, this fruit should be properly regarded as an acidless or sweet form of the Rangpur and therefore would probably be called the Otaheite Rangpur-- from TCI description.

"Usually referred to as the Otaheite orange, this fruit should be properly regarded as an acidless or sweet form of the Rangpur and therefore should probably be called the Otaheite Rangpur.  The tree is similar to the common Rangpur but less vigorous and hence dwarfed.  It is almost thornless and the purple coloration on the new shoot growth is more intense.  Likewise, the fruit is similar but somewhat smaller, more commonly necked, contains fewer normal seeds (often none), and is insipidly sweet from lack of acid.

Since an acidless form of the Rangpur is known in India, this fruit doubtless originated there.  However, the first known reference to it (Risso and Poiteau, 1818-22, p. 66) described it as Citrus otaitense, a small orange from Otaite (Tahiti) brought to Paris from England in 1813.  How or when it reached the United States is not known, but it was listed as a potted ornamental in the 1882 nursery catalog of R. J. Trumble of San Francisco, California (Butterfield, 1963).  Easily propagated from cuttings, as are all the Rangpur, it is extensively grown in the United States as a potted ornamental, primarily as a winter house plant.  Several unnamed clones are recognized. 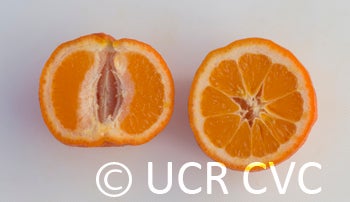 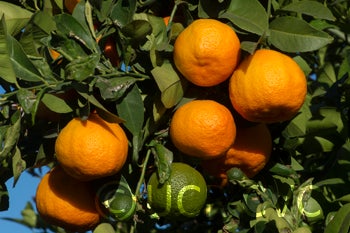 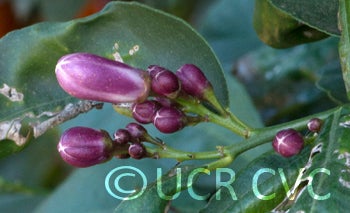 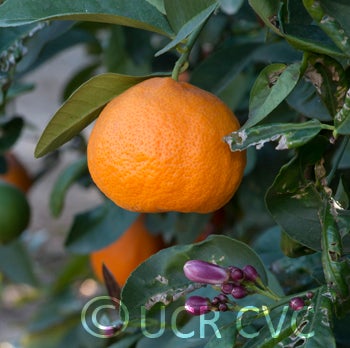 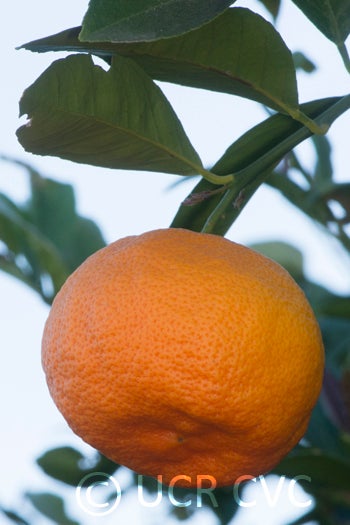 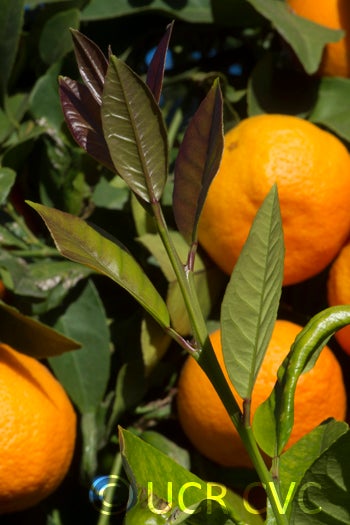