CPB number should be 40693 according to records from D. Hutchison--R.K. Soost 12/79. Sunrise (K-Early) tangelo is described in TCI, Vol. I, pp 547, but this accession is very probably not the same cultivar since it came to CRC in 1936. In the description of K-Early, it is stated: "K-Early is sometimes incorrectly called Sunrise, a name preempted by an older, very different, and little-known tangelo." 4/87- Medium-large, medium orange rind color with reddish blush. Peels & sections readily. Flavor good, slightly tart, seeds small, few to moderate number. Most fruit on ground now.--EMN.

K-Early is sometimes incorrectly called Sunrise, a name preempted by an older, very different, and little-known tangelo.  This variety is one of the first hybrids created by Webber and Swingle of the U.S. Department of Agriculture in Florida, and originally was not considered worthy of introduction.  Approximately two decades ago, it attracted the attention of John Kauffman, Sr. of the Grand Island Nurseries at Eustis, Florida, who was impressed by its very early coloring and maturity and propagated trees for commercial planting about 1945.  Although of comparatively poor quality, the high market returns it has received have stimulated both interest and planting in recent years." 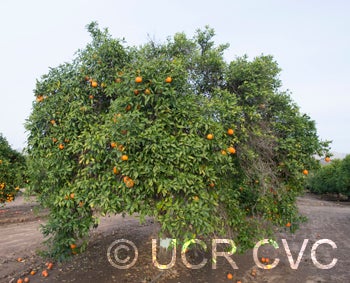 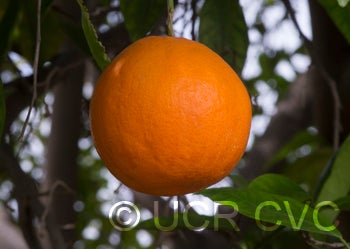 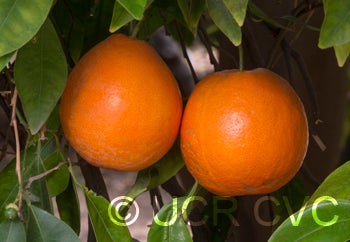