Temple is a natural tangor that was discovered in 1896 in Jamaica.  It is also called the Temple orange or the Royal mandarin.

The tree is moderate in size and sensitive to cold. The fruit develops a satisfactory sugar to acid ratio only when grown in the warmest interior valleys. When grown in a suitable location, the fruit is large, usually subglobose, with a pebbled, reddish-orange rind.  The flesh is orange-colored, tender, and juicy with a rich flavor.  Temple is medium to late in maturity.

4/18/1989, EMN: Rough, ugly fruit with much granulation. This is definitely not a cultivar to grow in Riverside.

Tree of medium vigor, spreading and bushy, somewhat thorny; leaves medium-sized and mandarin-like; productive.  More cold-sensitive than any of the mandarins or oranges.

Because of its high heat requirement and sensitivity to cold and both rootstock and soil influences, Temple is decidedly limited in its range of commercial adaptation.  In this respect, it is somewhat similar to the King mandarin.  Within its range of adaptation, the fruit is of outstanding attractiveness and quality, but elsewhere it is highly disappointing and commercially worthless.  Temple is at its best in Florida when propagated on sour orange or Cleopatra mandarin rootstocks and grown on the heavier-textured soils.  Satisfactory quality in California is attained only in the hottest of the interior districts.  Elsewhere, Temple is poorly colored and much too tart for most palates.

The origin and history of this variety are somewhat obscure.  According to Ziegler and Wolfe (1961) and Harding (1959), it originated in Jamaica and came to the attention of a Florida fruit buyer about 1896, who ran across a seedling tree of outstanding quality.  The buyer sent budwood to several friends at Oviedo, Florida, who budded a few trees of this "Jamaica" orange.  About 1900, Allan Mosely, an orchard caretaker in the Winter Park area, is said to have obtained budwood from one of the friends, J. H. King.  Mosely budded a tree in a young orchard under his care which in 1914 came into the ownership of L. A. Hakes.  The following year Hakes called the tree to the attention of a neighbor, W. C. Temple, former manager of the Florida Citrus Exchange, who in turn reported its unusual qualities to his friend and former associate, M. E. Gillett, president of Buckeye Nurseries, a leading citrus nursery.  Exclusive propagation rights were obtained in 1916.  The variety was named and introduced in 1919 and was promoted on a large scale.

Once its limitations and adaptations became evident, Temple continued to increase in popularity to the point where both acreage and production now exceed that of the Dancy tangerine.  The 1961 crop was nearly 6 million 70-lb box equivalents.  In recent years, Temple has been planted to a limited extent in the Coachella Valley of California, where total plantings were reported to be 796 acres in 1964." 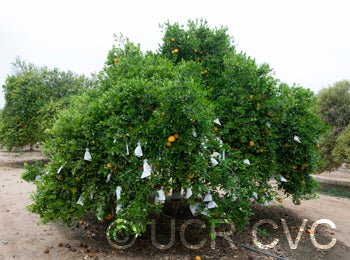 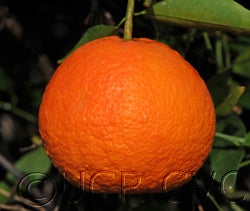 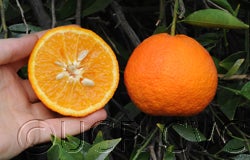 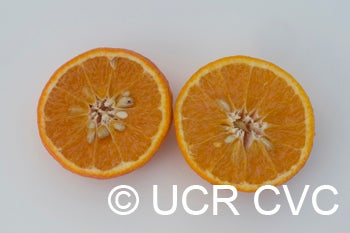 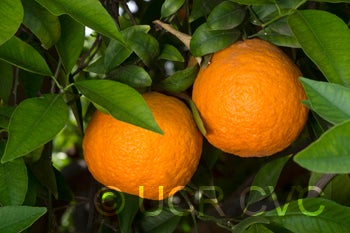