1/14/1988, EMN: Large to very large lemon-like fruit. Many are as large as a medium sized pummelo. Dark yellow rind; large fruited are as rough as a rough lemon. Fruit round but flattened at both ends, kinda like the shape of a Willowleaf mandarin. Depressed apex surrounded by a depressed ring. Thick rind; large hollow core; seedy; flesh medium yellow; juicy, sour. 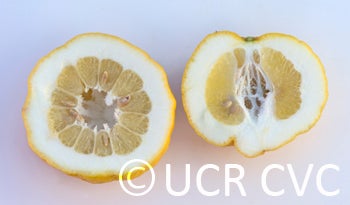 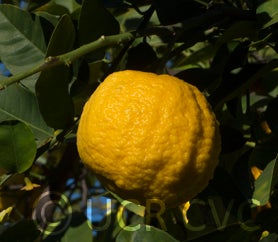 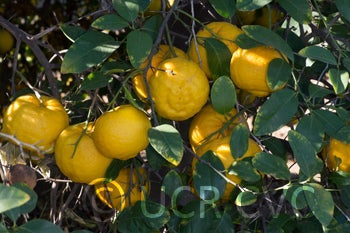 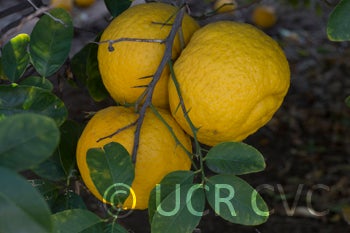 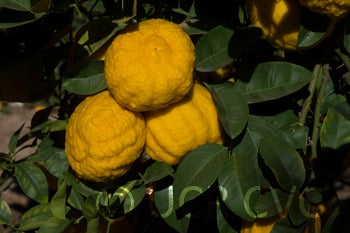