I would disagree with Bitters/Brusca re rind thickness: rind this year is thicker than medium. (EM Nauer, 01/13/1988)

Although this accession is associated with CPB 15085 in archival material (CRC card) maintained at NCGRCD, I have been unable to uncover any additional information associated with the CPB 15085 identifier. Several other pummelos with similar names were collected in the 1920's - 1930's by USDA personnel in Southeast Asian archipelagos, such as Wong Yau (PI 109714 = CPB 15084. However, nothing can be definitively linked with this genotype as of this date. (RR Krueger, 12/17/2010) 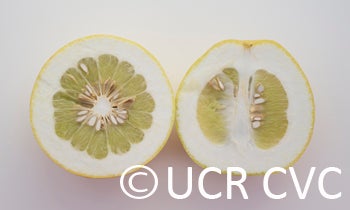 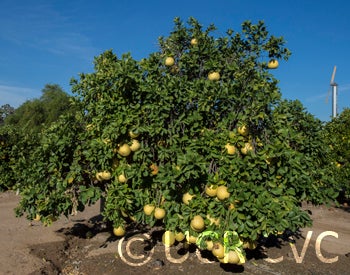