Was listed as "Red Fleshed grapefruit", is definitely not a grapefruit, is a pummelo.-- EMN 1985.

Control used in the evaluation was Chandler pummelo. 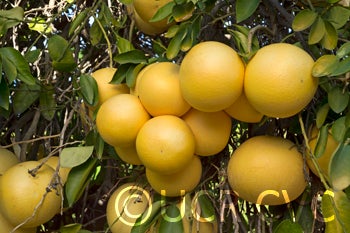