WPB: These were identified as Tankan by Hu in 1951, it is a tangor.
1985, EMN: This accession had seedling yellows, removed by thermotherapy .
4/1987, EMN: Small orange fruit, peels & sections readily, more mandarin like than tangor-ish. Flavor OK but too much rag. Apparently an alternate-bearer. This accession apppears identical to CRC 3875.

According to Tanaka (1929b), the Tankan is a very old variety that originated in southeastern China and early spread to Formosa and Japan, where its culture is confined to the hotter portions of Kagoshima Prefecture.  Tanaka considers it to be one of the finest citrus fruits of the Orient.  While the tree characters are almost entirely mandarin, the fruit exhibits certain features which suggest the possibility that it is a natural tangor.  It is classified by Tanaka (1954) as C. tankan Hayata.

Kosho Tankan is a Formosan derivative that is characterized by fruit of larger size, superior quality, and later maturity." 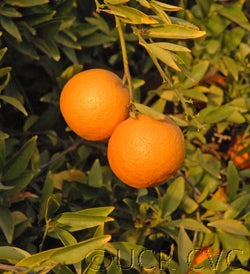 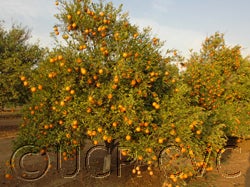