Fruit received for identification but could not be placed. It is something like a lemon but sweet. Has orange colored skin and pulp. Apex nippled like a lemon. Rather similar to Rangpur lime but I think different--H.J.Webber. One tree in nursery has red fruit, sweet, seedless with a bitterness from rag. Is no doubt a lime--R.G.LaRue.

1/14/1988, EMN: This accession and CRC 2484 & 2709 are very similar and may be identical but this is difficult to determine due to considerable individual fruit variation. Fruit appearance is much like Rangpur lime; but is very sweet, virtually acidless. 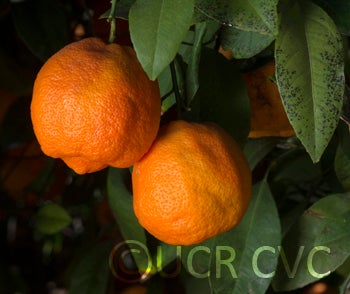 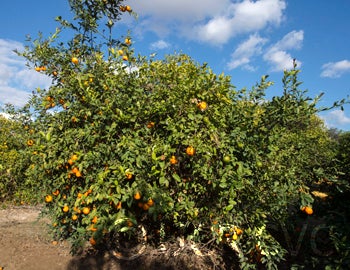