Twigs spineless or nearly so, internodes very short, often less than 1 cm long; leaves densely crowded because of the short internodes; flowers and fruits as in the species but produced in less abundance.

This form, analogous to the myrtle-leaved variety of the sour or Seville orange, Citrus aurantium var. myrtifolia, is even more like the common box (Buxus sempervirens) in general appearance than the normal form of the Chinese box-orange.   This dense-leaved variety is, like the parent species, able to endure high temperatures, hot winds, and other unfavorable climatic conditions that would injure or kill the true box tree.   It cannot, of course, endure severe cold, like the common box, and is injured when the temperature falls as low as 14° F (-10° C).   This beautiful, vivid green, nearly thornless shrub deserves careful trial as a substitute for the common box for hedges in warm-temperature and subtropical climates.

This form seems to arise by mutation from the mother species.   As might be expected, intermediate forms occur as, for example, which has some nearly thornless branches and others with long spines borne on the same plant.   Even the typical forms of this mutation are usually not entirely thornless but have short, slender spines that are, however, so completely hidden under the very abundant leaves that the spines are scarcely felt when a branch is touched.   Doubtless by careful selection superior, dense-leaved, thornless forms of this variety can be developed that will be of high ornamental value. " 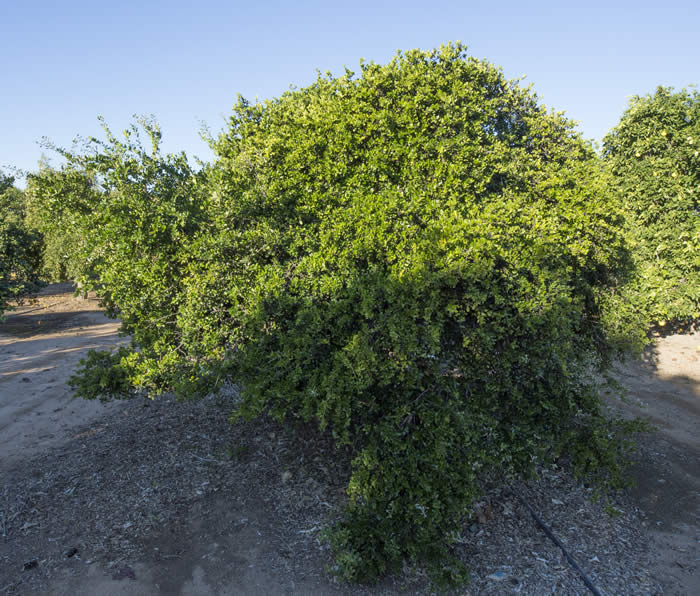 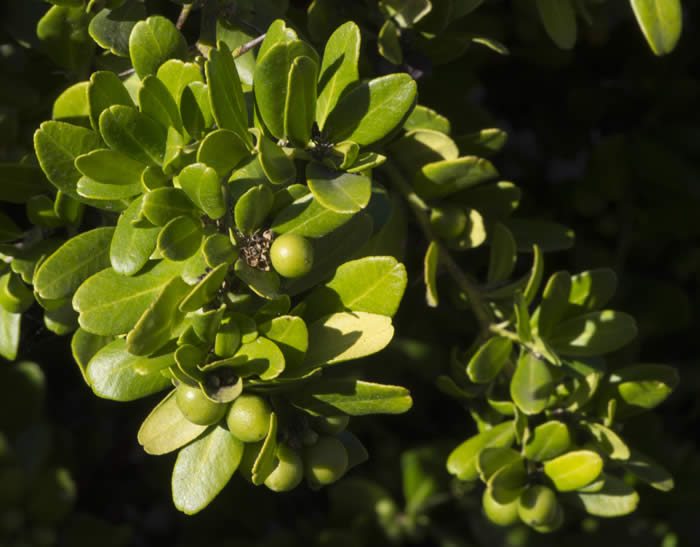 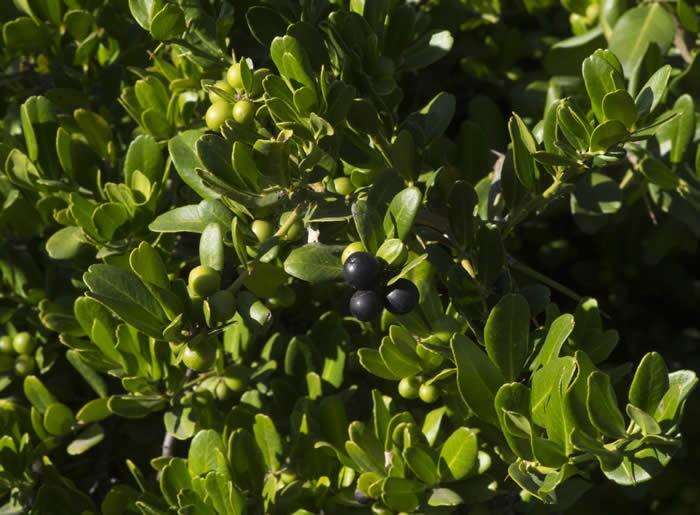 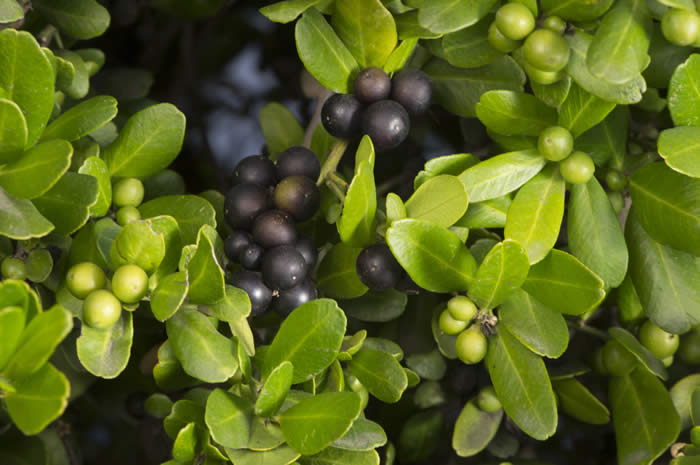