The original description of Poiret (1797, pp. 580, 581) reads, in translation, as follows: "Citrus buxifolia, leaves subsessile, ovate-retuse, flowers racemose, very small…I do not know its height, but the branches I have examined in the herbarium of Citizen Lamarck, would indicate that it is not tall.   With its short, stiff branches, its spines and the shape and firmness of its leaves, it has the aspect of Rhamus pyracantha.   The wood is hard, white, with a smooth green bark.   It has many spreading branches with stiff straight spines, yellowish at the tips.   The leaves are few, alternate, oval, almost sessile, much like those of box, but twice as large, obtuse at the apex, emarginate, narrowed at the base, remarkable by the very close veins, which are prominent and parallel, coriaceous, with entire margins.   The petioles are simple and very short.   The flowers occur in small bunches toward the ends of the branches.   The corolla is white and very small.   This plant is native to China and was observed there by Sonnerat, who sent the specimens to Citizen Lamarck.

With regard to the relative boron tolerance of the lemon and the box-orange, Eaton and Blair (1935, p. 413) stated: "The lemon (Citrus limonia Osbeck) is highly sensitive to boron; in fact few plants are thought to be more sensitive, and it accumulates much boron in its leaves.   The Chinese box orange, Severinia buxifolia, on the other hand, in confirmation of the observations of Swingle, Robinson, and May, is relatively tolerant to boron.   Severinia has been found to accumulate much less boron in its foliage than does the lemon. 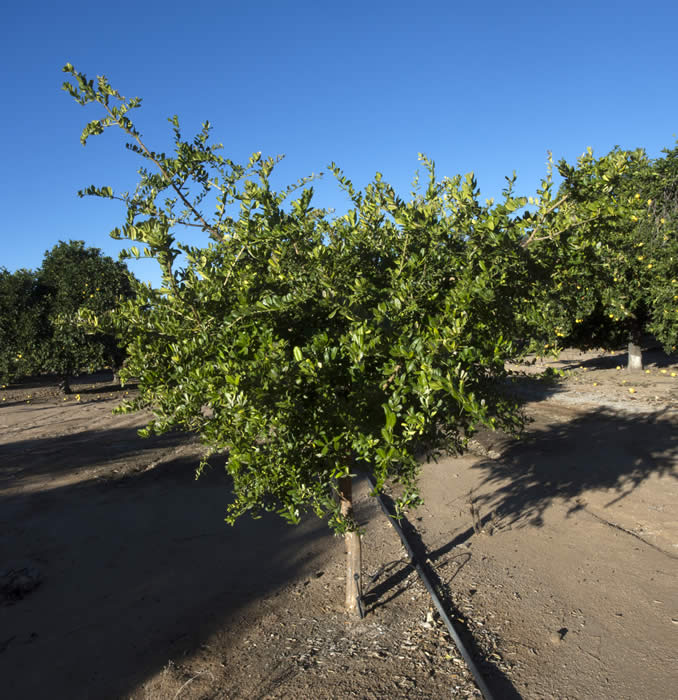 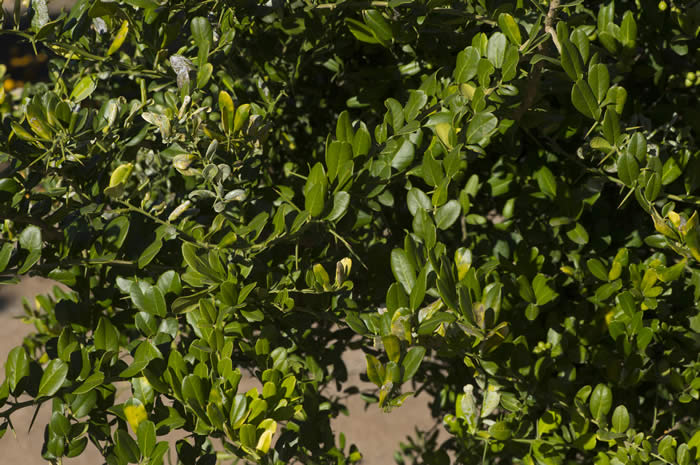 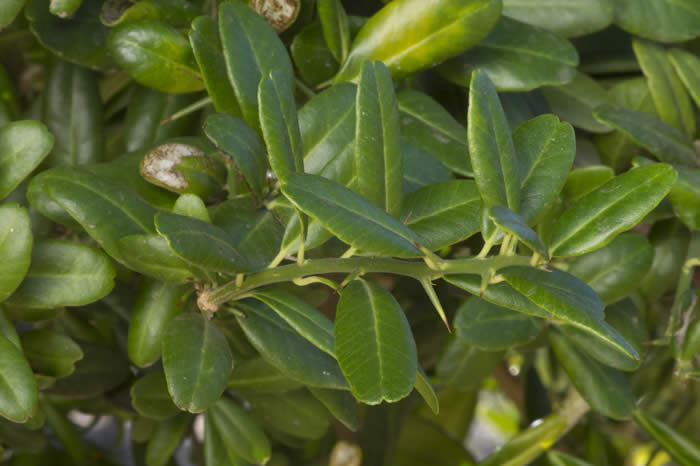 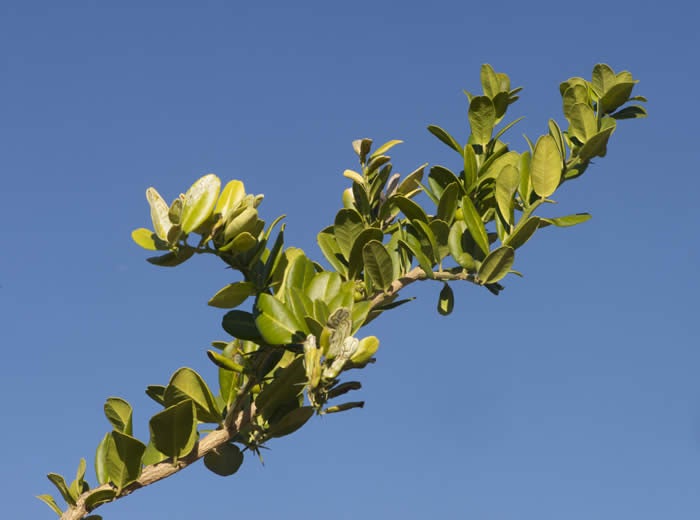 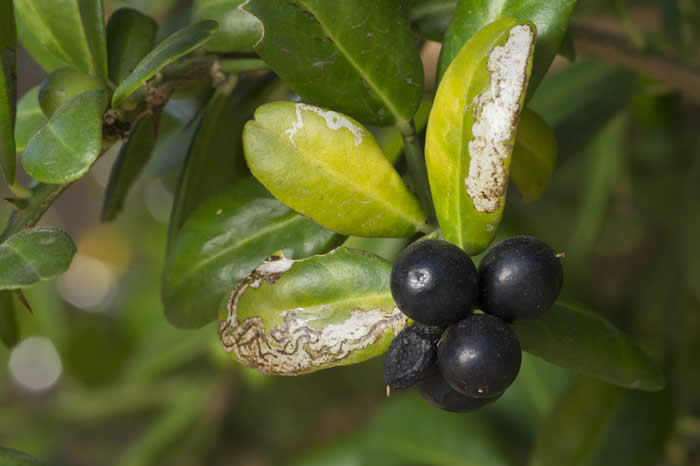