HJ Webber: When I visited the tree of this in Field 8A with Swingle on 12/04/34, he was much pleased with its vigor and numerous plump seeds and told me to put down the name Troyer for it as the first fruits came to him from a Mr. Troyer at Fairhope, Alabama. It thus becomes the Troyer citrange and I will describe it under that name in my Variety manuscript.

This variety originated as a hybrid of the Washington navel orange crossed with trifoliate orange pollen (hence is actually a citruvel) that was made by E. M. Savage, under the direction of W. T. Swingle of the U.S. Department of Agriculture, at Riverside, California, in 1909.  In 1934, Swingle named it for A. M. Troyer, on whose place at Fairhope, Alabama, it was first fruited.  The rise of this rootstock to prominence in California has been spectacular.  Within less than twenty-five years from the first field trial it has become the rootstock most employed and is much in demand elsewhere."

E. M. Savage and F. E. Gardner. "THE ORIGIN AND HISTORY OF TROYER AND CARRIZO CITRANGES". The Citrus Industry. February 1965. 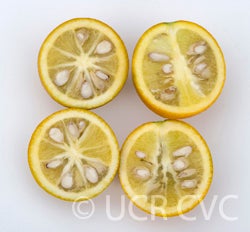 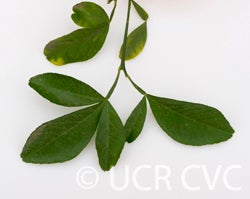 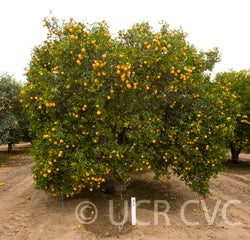