Received as seed from the Rubidoux Experiment Station, Calif., 1916.

The parent tree was subject to brown rot gummosis; seedlings of the parent are resistant. This variety was used in the CRC rootstock experiments. No descriptions of individual named trifoliate budlines are given in TCI.

"At the present time, however, the only clone in California whose behavior is sufficiently well established to warrant naming is Rubidoux. The parent tree of Rubidoux was planted on the old Rubidoux site of the University of California Citrus Research Center, Riverside, about 1907 and came from the R. M. Teague Nursery Company at San Dimas, California.  While it belongs to the small-flowered group and has medium vigor in comparison with others, the writer knows of no other distinctive characteristics useful in its description or identification, though there may be such." 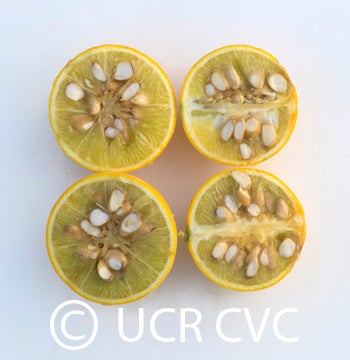 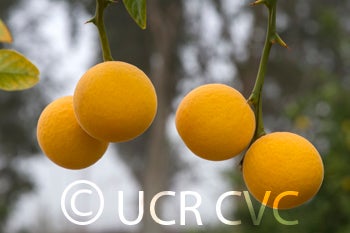 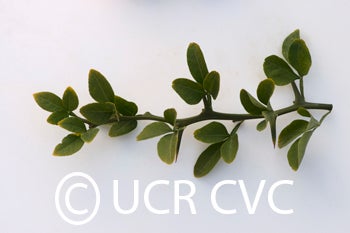 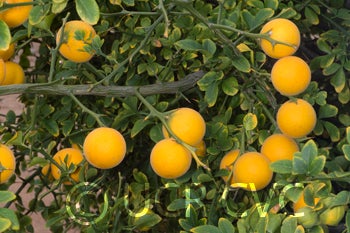 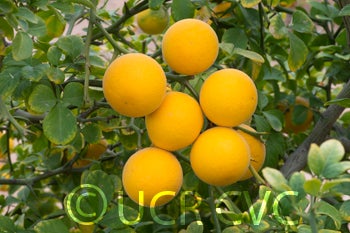